The PBX is able to automatically provision Cisco SPA devices through zero-touch LAN provisioning, DHCP option 66 and through manual entry of the provisioning URL in the phone.GUI.

In order to use features like TLS and SRTP, you should upgrade the phones to firmware 7.6.2. This will also store the credentials for the provisioning in the phone, so that you don't have to open the MAC for provisioning every time that you want to reprovision the phone.

When provisioning a Cisco SPA phone, like SPA504G or SPA525G etc., or a Cisco ATA, like SPA112, you should first set the required settings on the PBX as shown in provisioning document Steps Before Provisioning

Note: SPA504G or SPA525G require at least 2 line buttons to be provision on the phone.

It is important to note in the document "Steps Before Provisioning", how to map the MAC address of the phone to the PBX extension under the registration tab as shown again below. 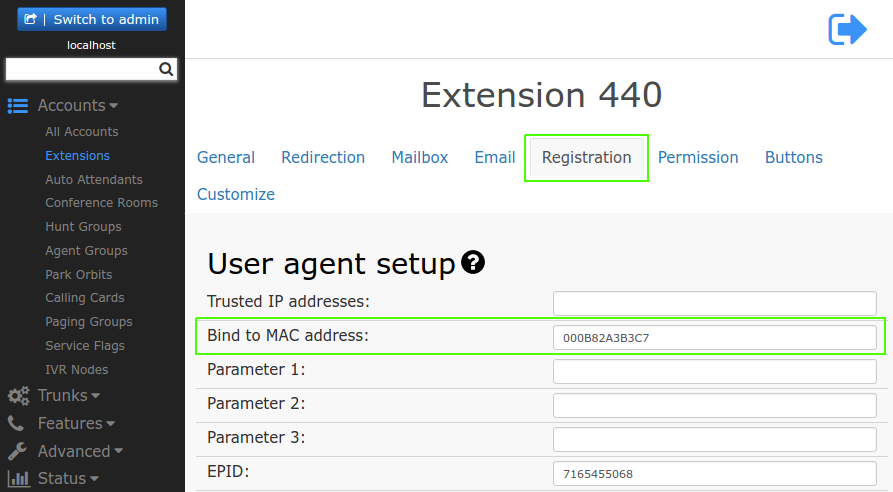 It is also important to note in the document "Steps Before Provisioning", under "Configuring the Domain Settings", the "Provisioning Parameters" as shown again below. 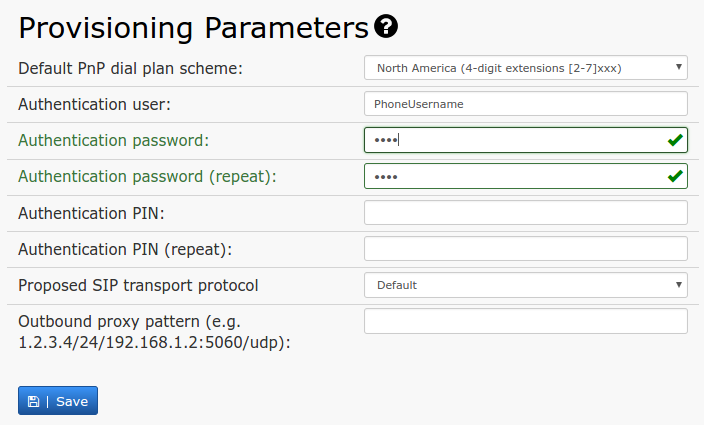 For provisioning buttons, the setting up of buttons is described in buttons . There, you will see how to prepare a new buttons profile, how to set up the individual buttons (like BLF) and how to map that profile to a specific extension. The numbers for the buttons correspond to the buttons on the phone. If a number is not added in the profile, that button will not be set on the phone.

For security reasons, navigate to the extension level and activate "Open account for MAC based provisioning" as shown, to allow the phone to provision to that specific account. 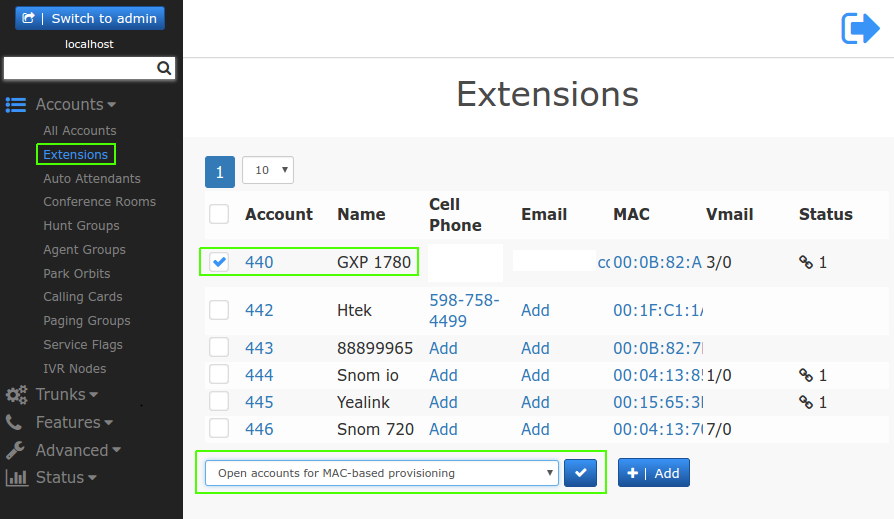 If you choose to use the web interface, log into the web interface of the phone, and according to the model, navigate to the page where you can enter the provisioning server address. In models SPA504G
and SPA525G, the setting is called Profile Rule found on page "Admin" -> "Advanced" provisioning tab as shown below. In other models it could be on another page that needs to be found from the documentation of the respective model.

In Profile Rulesetting, add this URL http://PBXIP/spa$MA.cfgwhere the PBXIP is the IP or resolvable domain of the pbx server.

Make sure that Provision Enable (if present) is set to "yes".

Press . Either the phone will reboot by itself or you can reboot the phone for provisioning.

If your phone is in the same LAN as the PBX, then you don't have to do many of the above things and simply be able to provision almost any phone with a single press of a button by using this feature of the PBX. Make sure the phone is factory reset (or at least have the default username and password). You still have to do the Steps Before Provisioning but after that, just go to the PBX page Setup Devices in LAN where the PBX will show you all the phones it has automatically detected in the LAN. You simply choose the phones you want to provision, assign each one a domain and extension and press "Setup", and that's it. The phones will be provisioned. For details on this feature, please go to: Setup Devices in LAN.