Advanced IP phone systems allow offices to have a fully functioning paging system without using a standalone system. Users can page other users by dialing the paging account and speaking into the phone. Recipients will hear the message from the speaker on their phones.

Paging can be thought of as a one-way audio session, as opposed to intercom, which features two-way audio for one-to-one communication. Paging allows a single extension to communicate with a few people (unicast paging) or a potentially large group of people (multicast paging). 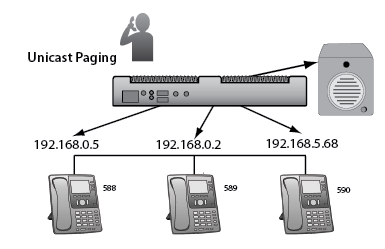 A multicast page is essentially a predefined broadcast address that the phones or SIP user agents are programmed to listen to. Each phone can be configured to listen to as many as 10 different multicast IP addresses.

The advantage of a multicast page is that only one SIP session is established between the originator and the PBX. Subsequently, the PBX sends only one RTP stream to the multicast group on which the phones are listening. If there are 100 phones listening on a multicast page, it is equivalent to a single phone call instead of a 100-party conference call. This makes multicast paging suitable for groups that number in the thousands. 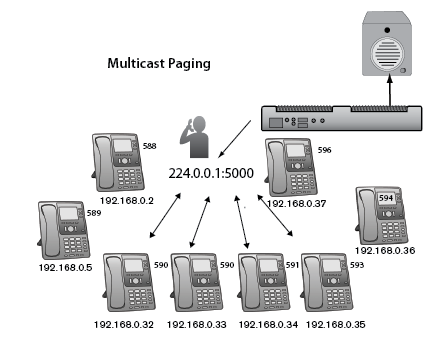 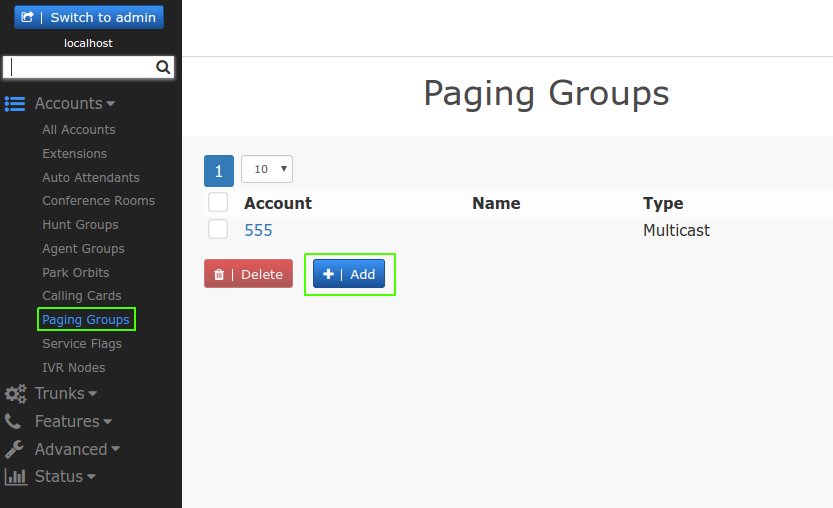 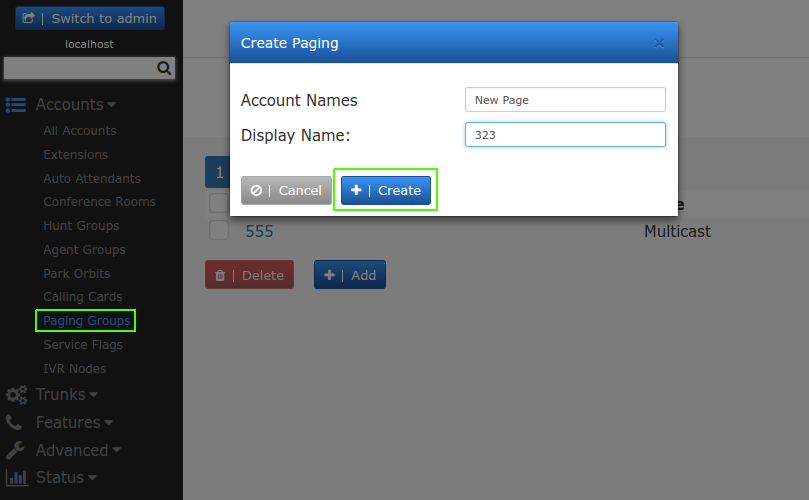 Note: If you use a space instead of a slash (667 668), you will create two separate accounts that will be unrelated to each other. 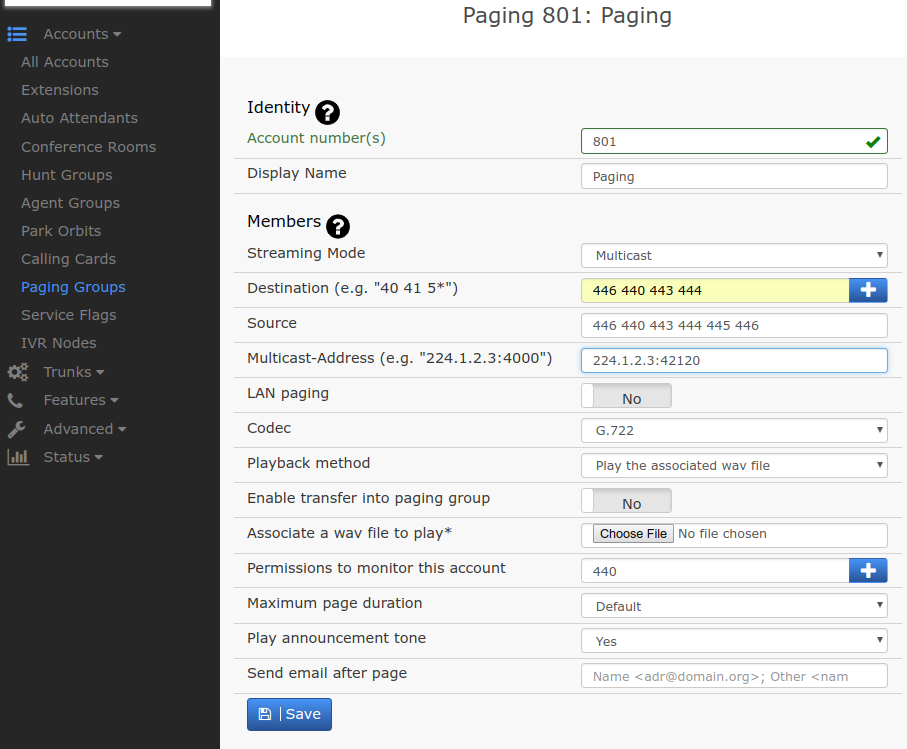